If you aren’t used to living a cost-conscious lifestyle, you might decide not to make any changes to your lifestyle and habits unless it becomes clear you’re spending more than you’re earning and changes are unavoidable. However, there are several small but worthwhile things you could stop doing and be in a better position with your family’s finances — without making major sacrifices.

Eating Lots of Meals Away From Home

Getting food from a drive-through window is convenient when your two-year-old in the back seat is inconsolable due to hunger and you’re already running a bit late while driving your teenager to soccer practice. Also, when you’ve had a tough day, having a family dinner at a local diner typically sounds more appealing than spending hours in the kitchen handling food preparation duties. 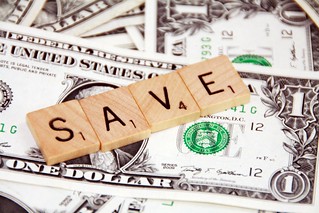 However, all those meals out of the house could take a big bite out of your budget. Plus, it’s not as hard as you may think to stop eating out so often as a family. Committing to the decision is a must, and you need to decide how frequently you’ll allow meals out. Going “cold turkey” and stopping them altogether will probably be so drastic that you won’t want to stick to the plan.

Also, vow that you’ll keep up with the new way of eating for at least a month. By then, the money saved will be obvious, which gives the motivation to continue.

Not Exploring Free Things to Do

Fun outings may also cause your budget to balloon out of control. When was the last time you specifically looked for a family activity that’s free? No matter where you live, there are probably dozens of interesting possibilities that are free or available at a very low cost. You might go on a guided nature walk at the local park or participate in a scavenger hunt in the community.

By doing activities like those, your kids will likely develop even more active imaginations than they already have, which is a bonus. Also, they’ll start to learn that spending money isn’t necessary to have good times.

It’s smart to be aware of how much you typically spend on utilities per month, then do research to see if your costs are in line with what a family of your size often spends. If yours are higher than expected, there are numerous products and services that could help restrict overall usage.

Some power strips automatically turn off unused devices after predetermined amounts of time. There are also utility providers that offer electricity on a pay-as-you-go basis. Then, you only buy what you need and often have access to household power statistics, too.

Only Buying Insurance From Non-Local Providers

Have you ever stopped to think about how you might get cheaper rates for insurance by purchasing it locally instead of from a company you never visit in person? If you live in San Antonio, for example, getting preliminary information about insurance in San Antonio could save you money versus buying it from an internet-based provider that doesn’t give you the benefit of forming a business relationship through in-person meetings. Many nationally recognized insurers might have branches in your town too, which means you don’t have to choose an unknown brand.

Before going for your first meeting with an insurance provider, have an idea of how much you want to spend or can afford. Also, if you are currently insured, bring documents that show how much you’re paying now.

Do some of the less-than-ideal scenarios above happen in your household? If so, no worries! It’s easy to make positive changes that have noticeable and rewarding effects on your budget.