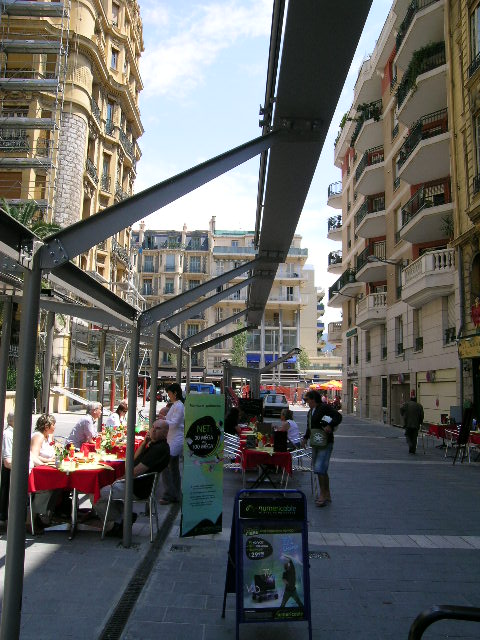 The capital of the French Riviera, Nice is renowned for beautiful beaches, year-round sunshine and a touch of opulence. Nice has a great gastronomic scene too, taking full advantage of the Mediterranean climate and an abundance of local food. Look for these foodie experiences while visiting:

One of the classic tastes of Nice is socca, a chick-pea snack made like a crepe. This delicious offering is typical of the street food in the area. Rue Bavastro is close to several cheap hotels in Nice, and it’s where you’ll find Chez Pipo, which makes some of the best socca around.

Head to the Market

Nice is famed for its food market at the Cours Saleya, not far from the Hotel La Perouse and the Promenade Des Anglais. Get up early for a feast of the senses, and revel in the sights and smells of fresh produce in one of the liveliest markets on the French Riviera.

Several good wines are produced in and around the Cote D’Azur, but one of the best-kept secrets in Nice is the Bellet Appellation. This small co-operative vineyard produces some of the finest wines in Nice — so much so that most of it stays in town to be consumed by locals. Many places in Nice serve locally produced wines; look for Chateau de Bellet when dining out and enjoy a local specialty.

This tasty bread covered in onion, garlic, olives and anchovy originated in Nice, and can be found in many cafes and market stalls in the city. You’ll find pissaladiere stands in the Old Town area, close to the Hotel Aston la Scala.

It’s always a great idea to learn to cook the local specialties. On Place Guynemer close to Hotel Suisse, you’ll find L’Atelier du Tam, which runs cooking courses. You can learn a variety of techniques, from macaroons to seafood and more. Then you can share a part of your travel experiences when entertaining friends and family back home.

Nice has several good walking tours which take in the local markets and food specialties. Many also include tastings, and they are a great way to get to know the local gastronomic delights. Most hotels in Nice have up-to-the-minute details on local foodie tours.

From a picnic with pissaladiere and a bottle of wine to a gourmet meal in a top restaurant, Nice has much to offer foodies. This culinary hot spot is just waiting to be explored.