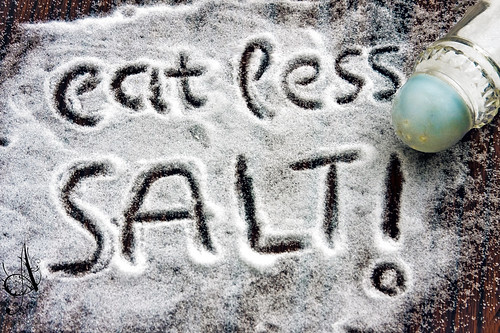 We are always being told to severely limit the salt we use at our tables, in our homemade recipes, and in what we buy at the stores. Ironically, health current events report that the real culprit is the sodium that is added during the processing of so many of our foods and beverages.

A small amount of salt is necessary for proper body functioning, but excessive salt is dangerous. Studies have been conducted, and it was found and reported that over 90 percent of adults in the United States exceed the government dietary guidelines’ recommendation of consuming no more than 2,300 mg of sodium each day, which is only equivalent to the very small amount of about two-thirds of a teaspoon. People with high blood pressure, or other risk factors that might eventually lead to it, are told to limit their total sodium to an even lower 1,500 mg per day.

Research has also indicated that the average American actually consumes about 3,600 mg of sodium a day. In order to excrete the excess amounts of sodium taken in, our bodies have to unfortunately increase our blood pressure. Even modest reductions in one’s sodium intake helps to decrease high blood pressure.

It is appreciated that more companies are offering processed and canned goods that are marked “low sodium” to aid consumers in their quest for better health. Reducing the amounts of sodium in those foods would have important health benefits without asking people to give up otherwise healthy and desired foods.

However, manufacturers who have not done so on their own have not been under pressure to reduce the sodium levels because of their commercial lobbies are so powerful. It is hard to believe, but since processed salty foods create thirst, many of those manufacturers also are the ones who make sodas, which are known to be another unhealthy choice.

People with obesity, diabetes, a history of cardiovascular disease, or with already-existing high blood pressure should pay the most attention to their sodium intake and help their health by cutting back to a recommended level.